Cromer is a popular seaside town in Norfolk, UK; it’s very family orientated and there are lots of seaside shops to but souvenirs and beach wear from. Saying that, it’s certainly less tacky than the nearby Great Yarmouth is since Cromer has winding streets and market stalls to add to the mix. The streets have narrow pavements on each side which are wide enough for a good driver with a wheelchair but people have to step onto the cobbles if they want to pass. The ramp is extremely steep and has a couple of hairpin bends if you want to descend down from street level to the beach and pier area but once you get down to this level everything is fairly flat. The boarding on the pier is good for a wheelchair as the gaps don’t result in bumps as you go over them.  The ice cream shop as you go onto the pier has very tasty ice-creams but as with anything in Norfolk they aren’t particularly cheap! 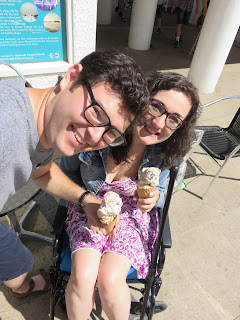 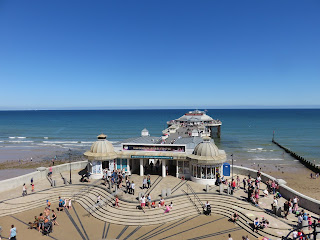 There are ramps to get a wheelchair down onto the sand but, as with all beaches, sand doesn’t love wheels!  Cromer is also really beautiful all lit up at night and also less crowded. Many of the slot machine areas are open until late so if you fancy a flutter before a romantic beach-side stroll then it’s definitely the place for you! 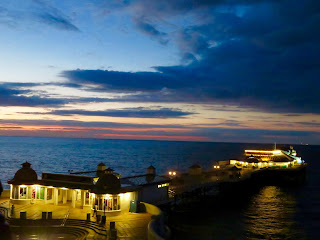 Join our wonderful community of followers and get notifications when I release a new blog post. We'd love to meet you and release your priority access to FREE access and inclusivity reviews!